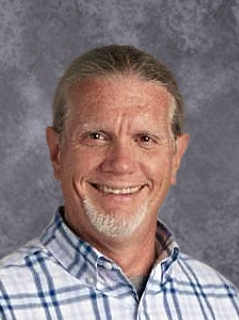 Tim hails from many points east of Carlisle. He was raised in the Far East, Japan specifically, where his parents were missionaries with TEAM. He finished High School in Wheaton, IL and attended Moody Bible Institute before completing his BA in History from Loyola University of Chicago. He taught Junior High Social Studies for three years before the Lord took him to Grace Theological Seminary for his Masters of Divinity degree.

During and after seminary, Tim served as Teaching Pastor in two different churches in the greater Fort Wayne, IN area from 1990-2006.  Now, for the last 14 years Tim has worked full-time for two different Hospice companies, most recently assisting Country Meadows Retirement communities in starting their own hospice company, Lifesong Hospice. In 2008, Tim had a part in helping to plant Resonate Community Church here in Carlisle where he has served as Teaching Elder.

It is with great joy and anticipation that he returns to the classroom. Teaching has been a large part of his life and he looks forward to the challenge of assisting in the growth of young minds. Through History, Literature and writing, it will be his goal to see students become critical and careful thinkers.

Tim and Mary have been married since 1983, they have four daughters and currently six grandchildren. They love to travel and have been to China, Japan, Spain, Italy, the Czech Republic, Slovakia, and the United Kingdom. Tim has also been to Benin, Niger and Mali in west Africa. If the Lord allows, their next trip will be focused on Egypt, Israel and Greece.  They also love coffee, riding their motorcycle and hanging out with their family.

Tim recognizes that all he has and any blessings he has received has all come through the grace and mercy of our loving Heavenly Father. One of his many favorite verses is Isaiah 38:17, “Behold, it was for my welfare that I had great bitterness; but in love you have delivered my life from the pit of destruction, for you have cast all my sins behind your back.”